» News and Features » What happened to... The Stone Roses' third album?

This week guitarist John Squire confirmed the band had split up... again. So what became of that eagerly anticipated third album?

With their epic 2012 comeback shows at Heaton Park, three nights of sheer abandon and worship of one of the greatest British bands of all time, plus subsequent stadium shows and festivals across the UK, Europe and beyond, The Stone Roses were not just back, but back in the biggest way imaginable.

The reconnection between the band and the fans was immense, the anticipation huge; so much so that the Heaton Park shows broke the record for the fastest selling rock gigs in UK history. Older fans were granted the opportunity to once again revel in the heady nostalgia of Madchester, while new fans would have the chance to witness something they thought impossible.

In 2009, guitarist John Squire famously inscribed onto one of his artworks the line: “I have no desire whatsoever to desecrate the grave of seminal Manchester pop group The Stone Roses, 12.3.09" - it's a quote which no doubt haunts Squire, and one that made their return unthinkable.

But this pledge was broken, and the fans were immensely grateful for it. 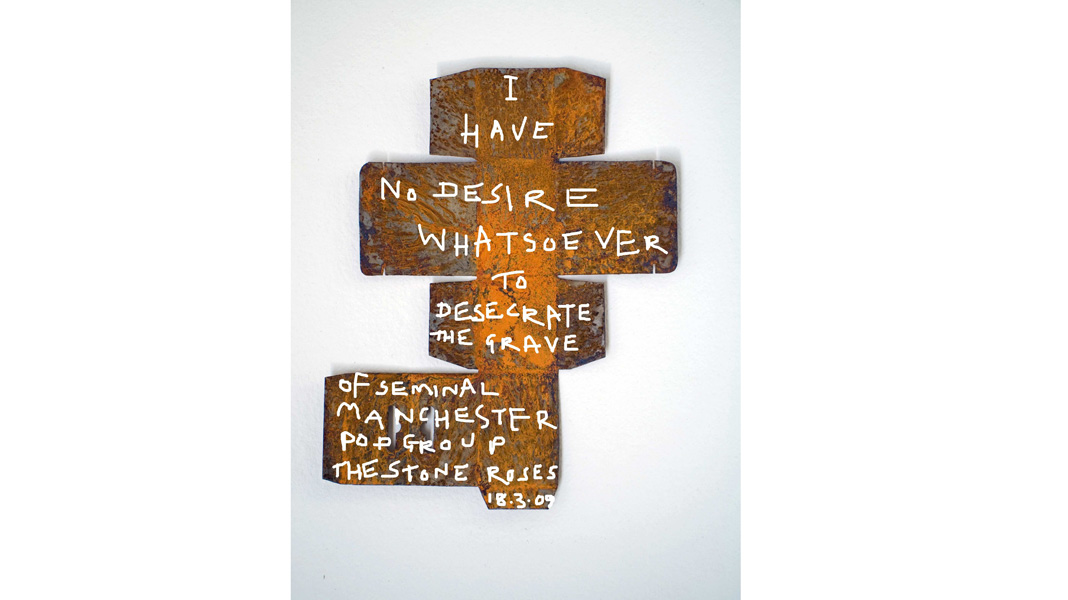 Once the dust had settled on the bands comeback announcement, talk naturally turned to a new record. In August 2012 music journalist John Robb, the band's biographer, recounted a conversation he'd had with Ian Brown, stating that Brown had said the band had signed a two record deal, and that they were working on some "psychedelic pop songs".

While in 2013, at the premiere of Made Of Stone, a documentary focussed on the reunion, John Squire discussed new music: “We’re working on it. It’ll be ready in about five years."

Things took a worrying turn in 2014, when split rumours began surfacing online. With the band's record contract reportedly dissolved, the rumours were rubbished in 2015 when Noel Gallagher, talking on Soccer AM, said the Roses were "blooming".

Then, the bands trademark lemons began appearing around Manchester - fans went haywire. Following the appearance of the mysterious posters, a handful of huge stadium shows were announced, most notably at Manchester's Etihad Stadium - the stage was set.

The day after the Roses announced the shows, a report in The Sun quoted a ‘music insider’, who said, “New music was always the hope for Stone Roses fans and now it appears they’re getting their wish.” They went on to add, “When the band reunited in 2012 there was never any concrete plans. But now they feel everything is in place to record a new album”.

Come 2016 and it seemed like the comeback was complete; new music had FINALLY arrived.

'All For One', despite its critics, was a call to arms, a message of peace and harmony, and the first new music from the Roses in 20 years. Its follow up, 'Beautiful Thing', made fans even more excited; a groovy, woozy ear worm which showed the band were back on track.

By this point, an album seemed certain.

Track lists appeared on line (though it seems impossible to find them now) as the excitement of fans spewed over. Extravagant theories surfaced, suggesting that the artwork for 'All For One' somehow proved a new record was imminent.

Tabloid reports added fuel to the fire, and the band's equipment was reportedly spotted by fans outside a North London recording studio. But all the the noise was coming from shady 'insiders' and people 'close to the band' - but never from the Roses themselves.

And then, just over a year after 'All For One' was released, the dream died.

On 24 June 2017, during a show at Hampden Park in Glasgow, Ian Brown addressed the crowd with the statement: "Don't be sad that it's over, be happy that it happened." - and that was that.

And it's been silent ever since... until recently. 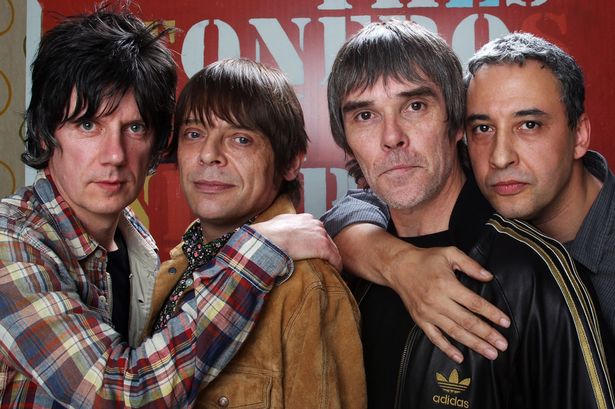 Over two years later, and a decade on from his damning artistic statement, and Squire, in an interview with the Guardian (16 Sep 2019), has declared it all over. The Stone Roses, he says, have split up... again.

But will that remain the case? Who knows? History would suggest otherwise, but to split a second time does seem to stick a significant nail in the coffin.

Looking back though, their comeback did make for an exciting five years: the huge shows, the new tunes, a film. And for that, at least, we can be grateful. So we didn't get a third album, but there must be tracks, written and recorded, that have yet to see the light of day... surely?

All we can do is hope that, in the years to come, Squire goes back on his word once again, and the fabled third Roses record is resurrected.