The festival experience with... The Snuts

Ahead of their slot at this year's Great Escape festival in Brighton, we caught up with the West Lothian indie quartet.

West Lothian four piece the Snuts have well and truly taken the Scottish indie music scene by storm over the last 18 months. With influences like Arctic Monkeys and Kings of Leon, the guitar spanking quartet have earned a reputation for creating hooky, indie anthems as well s delivering memorable live shows, which as time goes on continue to grow in size.

So far, as well as delivering the goods at their own headline tours, the band have supported musical giants such as The Sherlocks and The View, as well as bringing the noise to a host of festivals including TRNSMT, Belladrum Festival and more.

Their 2019 festival calendar sees them travel to the likes of Kendal Calling, Leeds Festival and Brighton's premier weekend of music discovery, The Great Escape. Ahead of their performance on the South Coast, we caught up with the Snuts to hear about their festival experiences.

First things first, Have you played Great Escape Before?

This is our first year at the festival, we've played Brighton on our UK tour, class reception and looking forward to making some noise for folk.

Who are you most looking forward to seeing at this year's Great Escape Festival?

Foals, Lewis Capaldi, Ninth Wave, Lucia and Laura Misch are folk we are digging the now!

What are the best festivals you have been to as music lovers?

Hand on heart, I believe that if you dropped Bear Grylls at T in the Park on the Friday with a standard festival set up he wouldn’t survive. Don’t understand why it got cancelled. Was treated like Scotland’s purge, crime has literally went up since it was cancelled.

It's a long old journey from Scotland to Brighton - how will you be getting down there?

Trusty splitter van gifted to us by our manager. We pass the time arguing on a day to day, we have a run of gigs scattered around the festival so will have spent a lot of time with each other. It’s a laugh though, we like to fuck with each other and it passes the time.

And who's in charge of the AUX cable? What tunes will be on?

Normally keep it feel good , just a complete mix of whatever folk are on at the time. Avoiding letting our tour manager Gary near an AUX is essential to a happy van.

Who would headline the Snuts' dream festival?

Arctic Monkeys, Prince and the full lineup of the Up in Smoke tour back to back.

We saw you guys at Belladrum Festival last year - how was that festival for them?

Party in the palace was class for us headlining the second stage, real local to us so always a nice home grown crowd. The Wickerman festival was a staple for us for years as well as punters, proper relaxed festival with next to no police presence and just genuine good vibes.

What essential item should everyone make sure they take to a festival?

An actual water proof tent. Spend that extra tenner. Don’t get caught out in the rain then shit it from the festival either.

What are your plans for the year musically?

Got some releases lined up to set us up for a pretty much complete musical take over of the full game.

Here are the next 4 upcoming events At Various, Brighton 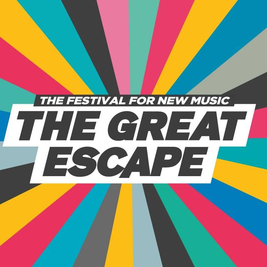