Manchester's premier performance based clubbing event: Illuminaughty, has pulled out all the stops this May Bank Holiday to bring to the city one of the most unique clubbing experiences around.

Since its inception in 2006, Illuminaughty has grown in size and stature to become one of the largest club nights in Manchester. From humble beginnings at the Zoo Club , with audiences reaching just shy of 300 people, to current attendees regularly numbering between 1300-2000, Illuminaughty has established itself as the largest psytrance event outside of London.

On Saturday 4th May, Manchester’s Academy will play host to the unique ‘Nature Vs Technology’ Illuminaughty Bank Holiday experience. The night promises to be crammed with an array of aerial performers, acrobats, angle grinders, jugglers, magicians, and illusionists, designed to amaze and inspire. With February’s Illuminaughty going down an absolute storm, we can expect more of the same unbridled expressionism and festival like experience to be gracing the Manchester venue this Bank Holiday weekend. With performances held across a massive 5 areas, you can traverse the venue finding new experiences along the way.

With all genres being catered for, from psytrance to trance, breaks to electro, and drum ‘n’ bass to jungle, there really is something for everyone.

Some of the main players will include the likes of London based techno/goa trance guru DJ Lucas, Israeli psy trance legend Atomic Pulse, as well as the leading duo in the genre Hypnocoustics.

Joining them will be Funkatech records very own Far Too Loud. With a stonking set at Sankeys last October, Far Too Loud will be destroying the Illuminaughty party with his own hi-tech, glitchy, incessant dancefloor-destroying music that never fails to send the crowd wild. He will be joined by the ever impressive psychedelic tech funk sounds of Cambridge based Bad Tango.

To add to the eclecticism of the occasion, the Student Union Bar will be transformed into a 1920’s American style ‘speakeasy’, complete with an electro swing lineup featuring a live brass section. To add to that, Drop Productions will host an out and out drum ‘n’ bass marquee, as well as a silent movie cinema space brought to you by Raging Clowns.

There will also be a live performance act from Meddling Pixies, fresh from their performance at opening ceremony of the London Olympics. Dangerous performers will also be there, alongside Sheffield’s own troupe Foolish Rogues.

With outstanding production values, unconstrained creativity, and mind-blowing set design, Illuminaughty is widely regarded as one of the most original clubbing events to have ever graced Manchester.

The May Bank Holiday edition is shaping up to be the most impressive one yet.

Click here for more info and tickets for the Illuminaughty May Bank Holiday party.

Here are the next 3 upcoming events At Manchester Academy , Manchester 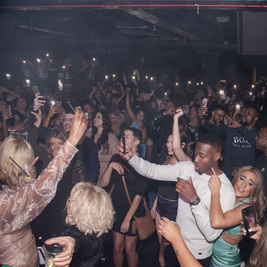 Love Noughties UK & 90s Mixtape presents 'NYE Banger'. This is the party of all parties with non-sto... 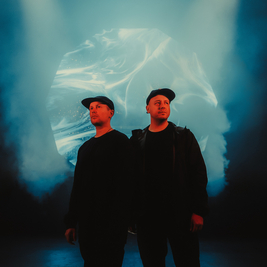 Hybrid Minds hit the road for their 2023 UK tour - Manchester are you ready?!

brother firetribe + one desire plus strale

brother firetribe + one desire plus strale

best known for their catchy, energetic, melodic and uplifting songs, brother firetribe and one desir...