Matt Forde, Suzi Ruffell, Spencer Jones and 'The Pub Landlord' - Al Murray, are some of the many other names confirmed to appear on the 'Working From Home' live streamed event on Thursday 31st December 2020

Now that the festive period has officially been cancelled for basically everyone in the UK, there's very little to get excited about.

Most of us will unavoidably end up sat in front of the TV, sporting the saddest of party hats with pound land party poppers at the ready, as we watch the BBC try, and fail, to out-do the cancelled firework and countdown celebrations.

Thankfully, we're here to tell you that it doesn't have to be this way...

Ditch the dodgy party gear and tune in to the 'Working From Home' comedy special this new years eve.

Hosted by one of the UK's leading comedy club's, Just the Tonic, the live streamed event will see a myriad of revered comic talents spreading much needed festive cheer, appearing on TV screens, phones and tablets in living rooms across the UK. 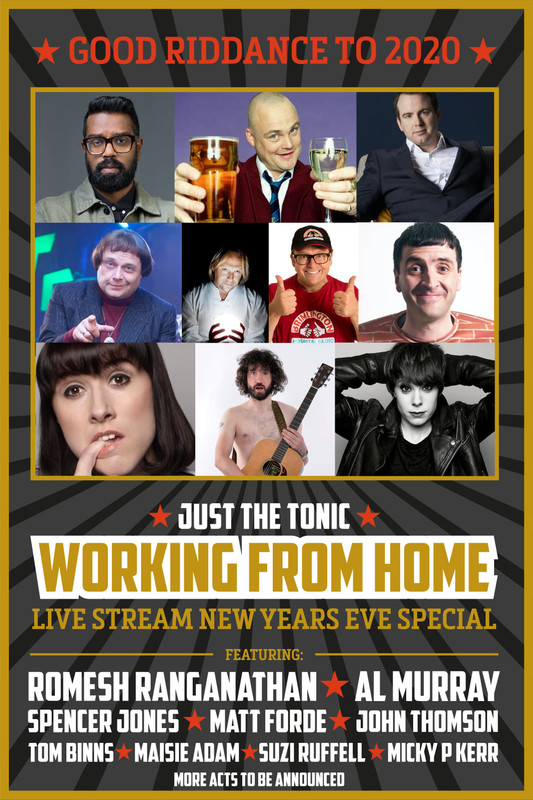 The live streamed, laugh-a-thon event will run through the evening of December 31st and into the early hours of 2021 - from 7pm to 1am.

Say good riddance to 2020 and welcome 2021 with laughter, this new years eve.