David Mayer Interview: It's going to be a crew thing

We spoke with house music wunderkind David Mayer as he prepares for his debut in Liverpool.

Good labels are ran by good artists, it's that simple. For Berlin's Keinemusik imprint, there's a collective of five DJs and producers that are held responsible for the quality underground releases and respective party showcases in clubs around the world, and David Mayer is one of them.

Mayer has called the German capital home since 2004, and over the years he's developed his reputation as a skilled and experimental producer, both solo and with his Keinemsuik brothers &ME, Adam Port, Rampa and Reznik (check them out in action below).

The full crew, minus Rampa, are making their way to Liverpool for their debut in the city for Rubix. We caught up with David Mayer to discuss his style, the Keinemusik vibe and getting in the studio with Grace Jones.

Hey David thanks for speaking with us. For a newcomer to your style and sound, how best would you describe the music you make and play?

Thank you for having me! Always hard to describe a musical style using words that anyone would use for the same thing. The music I like to make and play is often rather minimalistic than loaded, I focus on the key elements and feeling of each individual track. I like bass, but also melodies.

Things have to sound somehow organic, I love dirt and artefacts. I have always been very affected by the sound of black soul and funk from the sixties and seventies. But I also love the hypnotic effect of endlessly looping techno, the idea of the acid, bass music, tribal house and so on. I end up mixing elements of techno and house with deeper sounds and all sorts of other genres... you name it.

So how has the summer treated you, have you played many festivals and shows in Ibiza?

This summer was one of the best personally, nice gigs, lots of sun versus lots of effective of music making. My personal highlights were events like the night at the Electronica festival in Cesme, TR, and, of course, things like the annual Keinemusik stay at Sonar or our first very own openair in Berlin.

There was an Ibiza gig planned for Keinemusik, but that did not work out. So I'm still looking forward to my first time on the Island.

We’ve clocked you’re heading to Liverpool soon to play with your Keinemusik family. Have you experienced the city before?

I have never been to Liverpool! The promo for the event has been huge and it looks more than promising. I am sure it will be a blast.

You’ve played in Edinburgh and Abode, London during the past year – would you say you have a positive relationship with the UK crowd? How do we differ from other dancefloors around the world?

It seems easy to say, I always enjoyed to play in the UK. There was never any disappointment regarding the drive and the energy of the UK crowd!

People are experienced in all sorts of music and are often well educated, I guess, due to an intense UK history of electronic dance music like dub, bass, garage, dubstep, D'n'B and so on. But probably also the history of crazy lockdown laws has left its marks. People know how to party right from the start to the very finish.

How would you describe the vibe that Keinemusik bring? What is it about playing with the others that makes for such special parties?

Each one of us brings his style with a different background and we have been playing together for many years now. The vibe is probably based on a bed of scapes and melodies, the groove comes in, some percussion too, and then, in the best case, there is enough time for literally anything to happen.

The night slowly develops without rush, but then it also peaks and there is room for surprises. The aim is to have every single person on the floor vibing from start to finish, allowing everyone to dance without being knocked over by oversaturated walls of noise and getting tired too soon and leaving with bleeding ears.

Moving onto the studio, what can we expect to see from you in the upcoming months in terms of output?

I have been working a lot during the summer, like on the remixes that are coming out now one after the other. But I also was very relaxed, had lots of fun, and so other things kind of happened on the side, too.

The next remix to come out is for Matrixxman. Then there will soon be an EP coming up on Audiomatique, that will again be a collaboration with my analogue brother NGHT DRPS, a remix for Nico Stojan and, happy to say, of course, my next EP on Keinemusik mid November.

What are your biggest three records at the moment?

No doubt for this answer, it's going to be a crew thing. &ME's 'Woods' has it's place in every set (above), followed by Rampa's 'Newborn Soul'. Also I am very much looking forward to Adam Port's upcoming EP (especially his remix version) on Pets Recordings, which sees him working with Jennifer Touch.

Finally you’ve been given a time machine and an unlimited budget to record a Keinemusik LP. You can pick a cast of five musicians form any point in history to join you five in the studio – who do you go for and what does the release end up sounding like?

Haha. Maybe I could ask Grace Jones for some vocals, Herbie Hancock on the sexy keys, Fela Kuti would get to take care of the percussion section. Maybe Tom Waits could chip in some gritty loops for me, Mr. Moog would patch up some special modular gear and then Quincy Jones would be asked if he would like to do the mixdown.

Finally Carl Craig would remix the whole thing. It would sound like keinemusik, right? Ha.

Like this? Try Alex Niggemann Interview: Ahead of the time 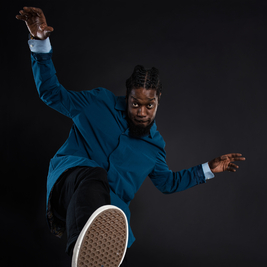 Award winning alto-saxophonist and MC SOWETO KINCH is one of the most exciting and versatile musicia... 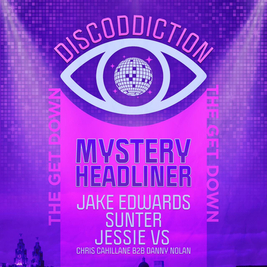 Get Your Dancing Shoes On It’s “The Get Down” Our first event is finally in motion... 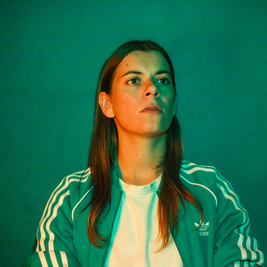 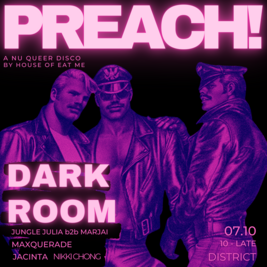 A NU QUEER DISCO BY THE HOUSE OF EAT ME