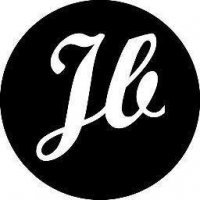 Keep track of Joshua Brooks events, tickets and news - all in one place. Join this group now for updates as they happen!

next 5 Joshua Brooks Events view all

Joshua Brooks, on the corner of Charles and Princess Street, began life in 1993, and was quickly established as one of Manchester's prime nightspots. This is when the Chemical Brothers (then known as Dust Brothers) began
their first residency at the club, and have gone on to become global superstars. Copious amounts of upcoming and established DJs and bands have since played within the basement's bricked walls.

The last few years have seen a lot of change at the venue, having had a complete refurb and brand new soundsystem installed as well as a whole host of clubnights joining, meaning there will be something on every night of the week, catering for all musical tastes.

Incase you were wondering, the name "Joshua Brooks" derives from a Victorian novel called The Manchester Man, written by Mrs G. Linnaeus Banks in 1876 (google it).