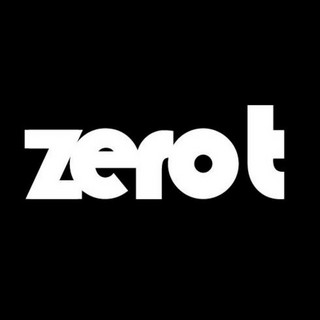 Zero Tolerance (aka Cian McCann) is arguably the brightest rising star coming out of the Dublin Drum & Bass scene. Since 2000 his production has been released on such major Drum & Bass labels as C.I.A., Signature, Subtitles, Liquid V, Hospital, Commercial Suicide, Reinforced, Innerground and Bassbin, amongst others. Cian's influences range from the early 90s conscious hip-hop sounds of Pete Rock, DJ Premier and A Tribe Called Quest to UK trip hop artists and labels such as Mo' Wax, Ninja Tune and Massive Attack. Also marked on his musical blueprint were 70s soul and funk, blue note jazz and early hardcore rave. Jungle made its way to his ear in 1995 at Dublin's now famous Bassbin night. Fast forward to 1998, Cian was on the decks for his first gig supporting Drum & Bass giant Ed Rush. From that point on, Zero Tolerance became a resident at Bassbin and continued to evolve his much respected style. His first chance to release some music to the world came via Bassbin (Volumes 1, 2 & 3) along with 4Hero's Reinforced '2nd Wave' which also gave debuts to current Drum & Bass stars like Breakage. Following that he received support from the likes of Fabio, Calibre, Marcus Intalex, Klute, Total Science, Flight, Storm, Bailey, Randall and a host of the scene's biggest players. In the years since his debut, Cian has had a steady, if not highly prolific out put on quality Drum & Bass labels across the spectrum. 2007 however, saw a breakthrough with two releases in particular getting massive support worldwide: 'Refusal' feat. Steo released on A.I.'s Integral label and the monstrous 'Waterfall' feat. Calibre on Signature. Since relocating to London in 2006 things have gotten very busy at Zero Tolerance! Along with his Debut artist LP for Total Science's C.I.A. imprint (feat. Bailey, Break, Steo, Alix Perez & MC Conrad), Zero Tolerance also released a massive remix of legend Dillinja and his 1994 Philly Blunt Classic 'Sky' for V Recordings. He also released his 2nd album 'Cheap Shots' on C.I.A. Recordings in 2008 to much acclaim.

Zero T has been mentioned in our news coverage

Here are the latest Zero T mixes uploaded to Soundcloud.

Do you promote/manage Zero T? Login to our free Promotion Centre to update these details.