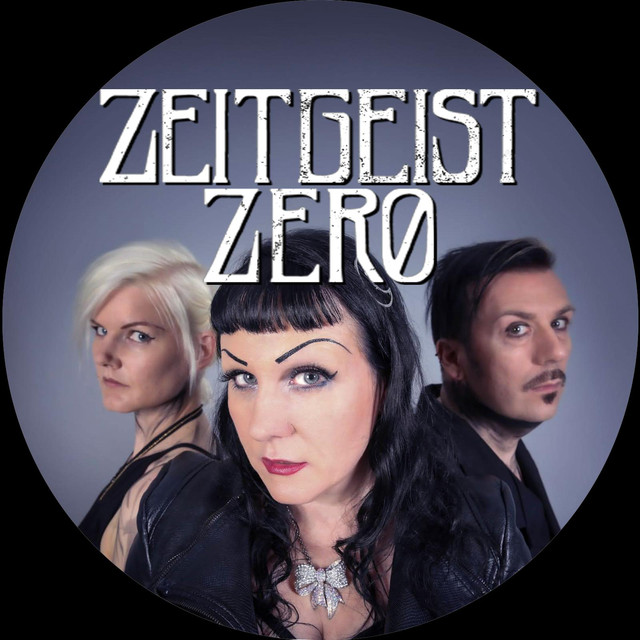 Zeitgeist Zero are one of the most exciting and fastest growing bands in the alternative music scene. Simultaneously jaunty and jaundiced, the band combines synthesizers with the more human elements of guitars, melodic piano and passionate female vocals. Often compared to Blondie and Garbage, the band play edgy, progressive music with a rock 'n' roll attitude. Lyrically personal experiences are drawn upon to write emotional songs with catchy hooks and sing-a-long melodies that could teach any pop artist a thing or two about catchy hook construction.The band burst on to the alternative music-scene in early 2003, and within months had created such an impression with their passionate, energetic and unique live shows, that they soon appeared on several compilation albums.

Their self-titled album was released in 2005 to international critical acclaim and brought the band to the forefront of the “Festival-scene” with a stunning performance at the ground breaking Beyond The Veill in their home city of Leeds. Festival invitations came from the UK and Europe, including the huge 2006 Wave Gotik Treffen (150 bands, 25,000 people) in Leipzig Germany and the legendary Whitby Gothic Weekend in 2009.

With increased confidence and a new purpose-built recording studio the bands second album ‘Dead To The World’ (2009) exudes style and revels in the glamour of the 40’s and 50’s with eye-catching photography and album design. Mixed by John Fryer (HIM, NIN) and mastered by John Dent (Goldfrapp), Teresa’s vocals sweep over cool electronics and cold uncaring guitar to form a dirtier, darker album than their 2005 debut.

Zeitgeist Zero hasn't been mentioned in our news coverage

Here are the latest Zeitgeist Zero mixes uploaded to Soundcloud.

Do you promote/manage Zeitgeist Zero? Login to our free Promotion Centre to update these details.