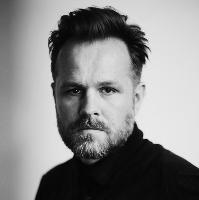 Valgeir Sigurðsson's boundless approach to music informs his work as composer, musician, engineer and mixer. In high demand as a producer, Valgeir has spent over a decade cultivating projects by diverse international artists whilst developing his own particular magic brand of recording artistry – now with three solo albums to his name. Valgeir is the founder of the Bedroom Community record label as well as Iceland’s top recording facility Greenhouse Studios where his collaborators include Björk, Feist, Bonnie 'Prince' Billy, Camille, CocoRosie, The Magic Numbers, múm and many others.

Valgeir's formative years in a small Icelandic village proved fertile soil for his forays into self-taught recording technology; he studied classical guitar and plays keyboards, bass, percussion as well as electronics/programming. In 1991 he earned a Tonmeister degree from London’s SAE Institute. His career flourished in 1998 when fellow countrywoman Björk requested him as engineer and programmer for Lars Von Trier's Dancer in the Dark soundtrack, a monumental project that combined Valgeir's passion for electronic, orchestral and film music. The soundtrack's “I've Seen It All,” Björk's duet with Thom Yorke, was nominated for an Academy Award for Best Original Song. Valgeir's musical relationship as one of Björk's primary studio collaborators from 1998 to 2006 thrived through contributions to her albums Selmasongs, Vespertine, Medúlla, and Drawing Restraint 9.

Valgeir founded record label and collective Bedroom Community in 2006 with Nico Muhly and Ben Frost, later adding Sam Amidon, Daníel Bjarnason, Puzzle Muteson, Paul Corley, Nadia Sirota and James McVinnie to the roster. After years of success in the recording industry, Valgeir debuted his own album Ekvílibríum, which The Fader Magazine heralded as “a singular album, as ornate as it is direct.” In 2009, collective members Valgeir and Muhly co-composed and premiered Scent Opera for New York City's Guggenheim Museum. In 2010, Bedroom Community released an album of Valgeir's documentary soundtrack for Dreamland (Draumalandið). Valgeir then wrote Nebraska for the Chiara Quartet and scored Architecture of Loss by choreographer Stephen Petronio, the latter which was released in September 2012 and can be purchased here: http://valgeir.net/album/architecture-of-loss Valgeir's works are available from Benjamin Britten-founded Faber Music.

Valgeir Sigurðsson hasn't been mentioned in our news coverage

Do you promote/manage Valgeir Sigurðsson? Login to our free Promotion Centre to update these details.