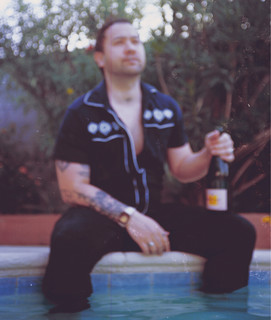 Unknown Mortal Orchestra first dropped into the world in late 2010 as a bandcamp account carrying a single called â€˜Ffunny Ffrendsâ€™.

â€˜Ffunny Ffrendsâ€™ was everything you imagined it might be â€“ alien beatnik pop music that echoed 60s psychedelia and krautrock minimalism with just a hint of gentle weirdness that suggested its roots might equally lie in the verdant indie of the equally distant New Zealand scene.

Ruban Nielson is a New Zealand native who had transplanted to Portland, Oregon, USA with his band The Mint Chicks. UMO was a project conceived as Rubanâ€™s escape hatch to a new musical dimension where his vision of junkshop record collector pop could be realized in a sound that recalled Captain Beefheart, Sly Stone and RZA jamming on some kids TV theme too dark to ever be broadcast.

Unknown Mortal Orchestra has been mentioned in our news coverage

Below is a sample playlists for Unknown Mortal Orchestra taken from spotify.

Do you promote/manage Unknown Mortal Orchestra? Login to our free Promotion Centre to update these details.