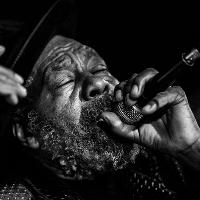 Known as the Originator, U-Roy wasn't the first DJ, nor even the first to cut a record, but he was the first to shake the nation and he originated a style so distinctly unique that he single-handedly changed his homeland's music scene forever. U-Roy started his meteoric rise in his hometown, Jamaica in 1961. He met and recorded with King Tubby at Duke Reid's studio and soon became his top DJ. Over the following years U-Roy DJ'd and cut tunes with Peter Tosh, Bunny Lee, and John Lee. It was with John Lee that U-Roy recorded three tracks that went straight to the top of the Jamaican charts and stayed there for an incredible 1½ months!

U Roy has been mentioned in our news coverage

Do you promote/manage U Roy? Login to our free Promotion Centre to update these details.