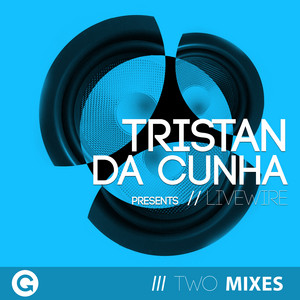 Tristan da Cunha the DJ: a name synonymous with the legendary Backtobasics parties and the U.k's pioneering electronic label 2020vision recordings, has been playing and providing a wide selection of the hottest underground music for 10 strong years . A founder and head buyer at the Leeds' finest dj emporium Play Music. Now defunked, the shop was a nucleus for the d.j & music community, providing unrivaled service and a passionate selection of the finest sounds from around the world. It was only after 10 months of opening it's doors that it was nominated for Best Independent Record Shop by Muzik magazine. It's through working at a record shop with rising star Paul Woolford that fine tuned his ears and got him noticed by Ralph Lawson and Dave Beer, who immediately recognised his abilty to find and play great records and tucked him under their wings . By the time he was 21 he had been given the honour of a residency at Basics, An A&R managers position at 2020vision , co founder of one of the most exciting record shops in the North of England and living a dream. Now, 8 crazy years on he continues to play alongside the biggest names in dance music and gain respect wherever he graces the decks and showcases his musical agility. His musical style is determined by the time and the place and draws influence from across the globe, seeing himself as a 'musical chameleon', taking pride in fitting the right music with the right place & people to create those special moments. Having his apprenticeship and basic training on such holy ground as backtobasics has meant crafting his skills to perfectly set the tone and get the party warmed up, to bringing them to the boil and letting some steam off. His unique style has seen him nominated as a Pioneer Breakthrough Dj in 2006 ,keeping him in demand and appearing at only the most upfront clubs and events such as Electric Chair in Manchester, Manumission, Pacha & Space in Ibiza ,Love Parade, Berlin, T-bar , London, Snow Bombing Festival in Austria and the sublime Garden Festivals & Boat parties in Croatia to name just a few. Also having regular appearances at rave meccas such as Fabric, Below in Birmingham and the infamous Panorama Bar in Berlin. His passion, knowledge & skills have gained him respect from dj's and producer's across the board including Greg Wilson, Chris Duckenfield, Ralph Lawson & Jesse Rose who recently tipped Tristan as his 'One to watch in 2007' in Dj Magazine. With an increasing busy dj schedule and a love for a good party you can guarantee he's in it for the long haul, always getting fully involved and 'under the skin' of everywhere his adventures take him to . > His dedication to uncovering and supporting new talent in his position at 2020 has meant he's been instrumental in bringing some of the finest underground house, techno & disco music to Dj's & dance floors across the world and continues to leave no sonic stone unturned, always searching for the newest bombs or forgotten gems. After absorbing, playing and supporting so much fantastic music by other people and his close peers for so long, it seems only natural that he steps in to the creative realms of music production himself to make some beautiful noise....With these new horizons the future looks bright for Tristan as he continues to set the floors alight and make friends wherever he goes, make sure you catch him on his magical musical odyssey.

Tristan Da Cunha has been mentioned in our news coverage

Do you promote/manage Tristan Da Cunha? Login to our free Promotion Centre to update these details.