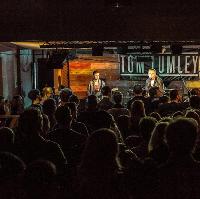 Tom Lumley is a Indie singer/songwriter originally from Cambridgeshire. He has been writing and gigging for the past three years with his band behind him. During this time he has played at popular venues in the UK supporting the likes of The Hunna, Coasts, The Sherlocks, Airways and playing festivals such as Dot To Dot, Green Meadows (BBC Introducing) etc. Whilst constantly being busy out on the road Tom has also spent a lot to of time in the studio releasing his music of which his debut EP 'Dream City' charted at No.2 in the UK iTunes Rock Chart and No.46 in the UK iTunes Album Chart. It has also gained radio airplay up and down the country, including constant support from his local BBC Introducing show and being tipped on Huw Stephens BBC Radio 1 show as 'an exciting Cambridge artist to look out for' by Fred Bambridge

Tom Lumley has been mentioned in our news coverage

Here are the latest Tom Lumley mixes uploaded to Soundcloud.

Do you promote/manage Tom Lumley? Login to our free Promotion Centre to update these details.