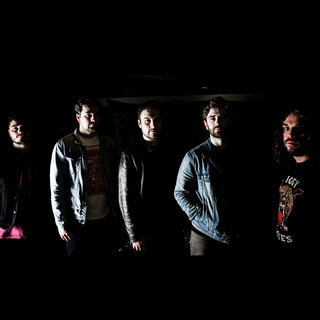 The 13th Note in Glasgow

Head Of Steam in Newcastle

The Heavy North, The Dulvertons & Edge Of 13

The Sunflower Lounge in Birmingham

Five-piece garage/blues rock band The Heavy North kicked off with a debut headline gig at Manchester's Night & Day Cafe in November 2018 alongside the release of debut singles "Don't You Wait For Me" & "The Night Don't Give No Love".

Recorded and released on 3rd Planet Recordings and mastered by Mike Marsh at The Exchange in Devon (credits include Nick Cave, Oasis, Kasabian, Chemical Brothers, The Libertines), the band's debut tracks were described as "a great contribution to Liverpool's rock scene" by GetIntoThis with The Heavy North's sound summed up as "dirty scuzzed-up dive bar blues".

Following a headline show at Liverpool's Jacaranda Phase One in February 2019, the band's track "Don't You Wait For Me" debuted on BBC Introducing Merseyside (16 Feb) with Dave Monks.

The Heavy North has been mentioned in our news coverage

Here are the latest The Heavy North mixes uploaded to Soundcloud.

Do you promote/manage The Heavy North? Login to our free Promotion Centre to update these details.