» Events » Events by artist » The Capollos 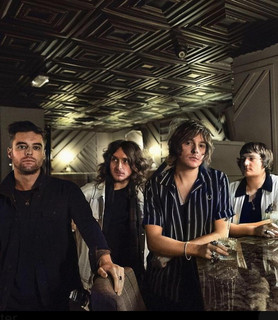 The Capollos tickets and 2021 tour dates

Spearheaded and founded by twin brothers Kyle and Lloyd McDonald then later joined by Greg Adams and Brett Thain, The Capollos have already built an impressive following in their native NE of Scotland. They aim to cement their reputation as being ‘The one to watch’ by Northsound Radio in becoming a household name across Scotland and further afield.

This accolade was also bolstered by their recognition in winning ‘The Contribution to Music’ at the Original 106FM sponsored Pride of Aberdeen Awards, a testament to their involvement in performing local charity gigs throughout the year.

Live, The Capollos are a ferocious force, combining melody, energy, swagger and a coolness that borders on effortless. These many qualities have led to comparisons with some of the bands that have influenced them such as The Arctic Monkeys, Kasabian, Catfish & The Bottlemen and Britpop legends Oasis.

Their burgeoning fan-base has grown through several high-profile support slots with the likes of Cast, The Sherlocks, Chris Helme (The Seahorses), Mike Joyce (The Smiths) and they also performed a special acoustic set at an Elton John VIP party at Aberdeen’s Exhibition Centre.

Further recognition and accolades are expected with the recent release of their eponymous E.P. The Capollos, which was described by Sound Wave Review as having ‘…thoughtful lyrics, groove & contagious melodies…’.

The Capollos has been mentioned in our news coverage

Grab This Feeling Big in 2018 tickets

Here are the latest The Capollos mixes uploaded to Soundcloud.

Do you promote/manage The Capollos? Login to our free Promotion Centre to update these details.