» Events » Events by artist » The Bluebells 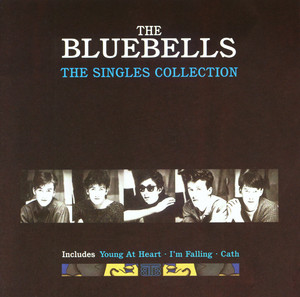 The Bluebells tickets and 2021 tour dates

The Bluebells were a Scottish pop group in the 1980s. Peddling a kind of jangly guitar pop not dissimilar to their Scottish contemporaries Aztec Camera and Orange Juice, they had three hit singles in the UK, all written by guitarist and founder member Bobby Bluebell (aka Robert Hodgens) - "I'm Falling" with Ken McCluskey , "Cath", and their biggest success "Young At Heart". The latter was co-written with Siobhan Fahey (with whom Hodgens was romantically linked for a while) and made it to No.8 in the UK singles chart on its original release in 1984.

The Bluebells has been mentioned in our news coverage

Buzzcocks and Skerryvore for Loopallu 2011

The Feeling to headline Loopallu 2011

Below is a sample playlists for The Bluebells taken from spotify.

Do you promote/manage The Bluebells? Login to our free Promotion Centre to update these details.