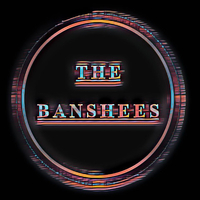 The Banshees tickets and 2021 tour dates

#Indie For Fans of The Strokes, The Cure, New Order, Arctic Monkeys #Indie

Formed by Singer/Songwriter Vinny Pereira and Session Guitarist Paul Holligan in the Autumn of 2018 in Liverpool, England. Vinny, who has been in several bands throughout his career, has supported the likes of Chris Helme (The Seahorses) and The Bluetones and appeared in Roger Appleton's (Looking For Lennon) ’The City That Rocked The World’. Also producing and recording music for other artists. Paul, he played Session Guitar for Pete Best (ex Beatles drummer) He has supported such artists as Noel Gallagher and members of the Manchester band Inspiral Carpets. Vocals and Guitar-Vinny Pereira Lead Guitar-Paul Anthony Holligan

The Banshees has been mentioned in our news coverage

This week at The Deaf Institute….

This weekend at The Deaf Institute...

Do you promote/manage The Banshees? Login to our free Promotion Centre to update these details.