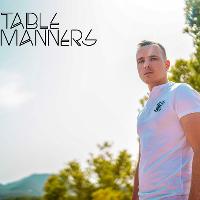 The Bridge Bar in East Grinstead

Minimalist post-punk band based in London since 2008 and in hiatus since 2010. Their music is described as “spontaneous, lo-fi & experimental”. The organic instrumentation coupled with edgy lyrics make this band unique & different from anything existing on the current London scene.

The band is currently in hiatus, one half got its own project called Redondo Beach.

Table Manners hasn't been mentioned in our news coverage

Here are the latest Table Manners mixes uploaded to Soundcloud.

Do you promote/manage Table Manners? Login to our free Promotion Centre to update these details.