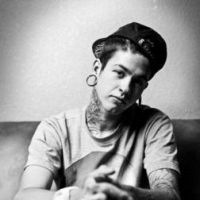 22-year-old Travis Tatum Mills, better known as T. Mills, is a hybrid artist from Riverside, CA: his sound stems from a variety of influences ranging from Wu Tang Clan to Blink-182; Bone Thugz and Harmony to The Dream; Rusko to Wiz Khalifa  a true testament to the Playlist Generation unbound by genre. In 2010 Mills released an EP, a full length titled, Ready, Fire, Aim!, on Uprising Records. He performed on the Warped Tour, as well as Bamboozle. He recently sold out his first headlining show at The Troubadour in Los Angeles, and plans to release a mixtape in early June featuring production by J Hawk, Matt Squire, Rusko, Colin Munroe, Hit Boy, The Stereotypes and more.

T. Mills has been mentioned in our news coverage

Download our app or subscribe to our push notifications to get the latest alerts for T. Mills

Do you promote/manage T. Mills? Login to our free Promotion Centre to update these details.