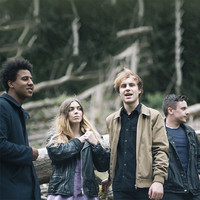 Superfood are one of the finest examples yet that British guitar music is moving beyond the mere glimpses of a resurgence for 2014. Hailing from the Midlands, the young quartet take an artfully crafted, classic college-rock blueprint and present it with sharp, blistering force.

Fronted by Dom Ganderton (a man who spends his dwindling down-time in music production), the band’s formation to becoming one of the buzz names on blogs and in venues across the UK and beyond has been swift based solely on an early self-titled demo and their fevered live show.

Read more about Superfood on Last.fm.

Superfood has been mentioned in our news coverage

Below is a sample playlists for Superfood taken from spotify.

Do you promote/manage Superfood ? Login to our free Promotion Centre to update these details.