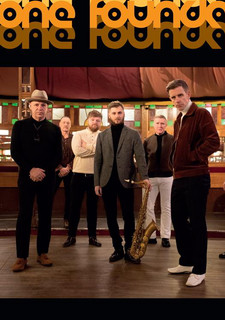 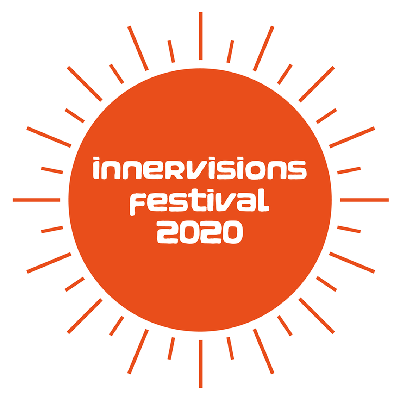 It's been a strange old journey really from playing half empty bars to sold out arenas supporting the Specials and it's still unfolding. It's hard to look back as we are always too busy looking forward and it sometimes seems of no real significance anyway. What I can tell you is that we have always believed it, lived it, breathed it, dreamed it. Right from the off.

For those who are intrigued by the history lesson it started in earnest around 10 summers ago when the two Neil's worlds collided, an instant mash. Ideas, songs and a vision formed but a band didn't. Members joined and then left or were shown the door, a stable, solid line up took time. Any gang worth it's salt (and pepper) does. This had to be right, more than music, a family affair. Once the team was in place they would still take the duration required to firmly knit the solid bond their hearts desired. The understanding between the seven was crucial. Yes, seven that's right. We knew it had to be. Hammond, Horns over a solid soulful (stone) foundation, we didn't want anyone just dipping their toes in the water. We were off to swim the channel.

In our time was the first fruit of the labours of this group. It had its moments, still does on reflection, certainly a firm step in the right direction outlining the intention and what could and would be built upon. The live shows (although it's not a show you understand) gathered pace and started to catch fire and peoples imaginations. It had probably been a while since gig goers had chanced upon a hard hitting seven piece putting in a proper shift, grafting. It was work in progress (still is), commanding, earning and deserving respect. We would play dates opening for the old guard, we always had the upmost for the majority of them, we could always learn something from them (even if it was Terry "Don't talk to me about Jagger" Reid's wife's Jamaican Jerk recipe) that respect was reciprocated when Steve Gibbons phoned all the venues on his forthcoming tour and warned them not to book us as support. "Nowhere to run to baby, nowhere to..............." shame because he always wore such good shoes.

The sound of the "Small town soul" was soon to follow. By this time the band had set up camp in Downtown Chinatown with their nearest and dearest , Mr Andy Codling at the controls. Although over long, 17 tracks weighing in at just over an hour, it was fundamentally a double album on a single disc. It could have and probably should have been trimmed but we needed to get the songs out there and move on. To our gratification the small but ever growing faithful that were slowly but surely spreading the gospel took it to the hearts. That album changed the gears, made us new friends. Not least the author and journalist Paolo Hewitt who mailed in to say it reminded him in equal parts of Tyrone Davis, Neil Young and Dexys midnight runners. Right words, right time, it spurred us on.

Never ones to pat each other on the back or blow our own bugles, we felt inspired and quickly made another record. Away from the grain. A more concise and direct affair than its predecessor . Two of the songs, Tracing Paper and Right Track, feature US Soul singer Nolan Porter famed in Northern Soul circles here in the UK for songs such as Keep on Keepin' on and If I could only be sure ( later covered by Paul Weller ). Nolan recorded with the group on his recent visit to England where SF were used as his backing band to play a handful of sell out gigs. As well as live fave raves Uncomplicated, Let the light, These dreams of you, Get it back, Human...you'll find a hammond instrumental ( dogtooth) written for a fictional movie soundtrack and a trippy psych out claiming to recall the tales of Terrence Rigby.

Once again buoyed on by the response and reaction to the latest offering it seemed to spur the band on again to new heights. The groups next collaboration would be alongside Joe Harris, the voice of the Fabulous Peps and Motown legends The Undisputed Truth. Another special moment for the band, already big fans of Joes ( & Nolan's ) records. This proved to be a very effective and dynamic marriage for both sides. A couple of initial low key gigs and a very successful radio session for the Craig Charles BBC Radio 6 Funk and Soul show led to a headline show at 2011's Vintage festival at the Royal festival hall.

Stone Foundation hasn't been mentioned in our news coverage

Here are the latest Stone Foundation mixes uploaded to Soundcloud.

Do you promote/manage Stone Foundation? Login to our free Promotion Centre to update these details.