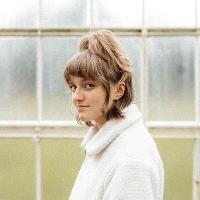 The Riverside Museum in Glasgow

Manchester, Sheffield and Glasgow. Three cities enriched with such vibrant musical histories have all played a major role in shaping one of the UK’s new emerging talents. Stevie Cox wouldn’t be who she is without having spent years on the dance floor at Hoya:Hoya and Swing Ting - two infamous Manchester parties that she credits as amplifying her love for all kinds of music.

During her time in Sheffield she made a name for herself playing warehouse parties, becoming one of the city's go-to selectors in the process. Combine a self-confessed love of hypnotic, rolling house & techno with a teenage love of breaks & jungle, and you’ve got yourself a ball of energy who adds a spark to any lineup she’s placed on, be it on one of the main stages at Dimensions Festival, or in a 100 capacity basement.

Having always felt a strong affinity to its musical scene and output, a move to Glasgow was the natural next step. Known for a sound that has always resonated deeply with her, the iconic Sub Club quickly became home. Alongside some of her favourite DJs she has joined the ranks as one of the club’s residents.

Stevie Cox hasn't been mentioned in our news coverage

Here are the latest Stevie Cox mixes uploaded to Soundcloud.

Do you promote/manage Stevie Cox? Login to our free Promotion Centre to update these details.