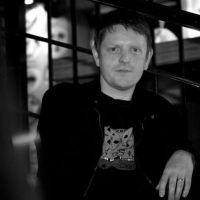 There are DJs that are instantly recognisable because of their standing in the scene, their visibility on social media or the wacky things they do, and then there are equally talented, immensely passionate people who prefer to work off the radar, people like Steve Parry.

A working DJ since the age of 15, Steve has amassed a wealth of musical knowledge and honed some serious DJ skills over his time working as manager of the world famous 3 Beat records, a 3 year residency at Cream in Liverpool and a host of headlining gigs across the globe. As a radio host, his Red Zone show ran for 10 years on Juice FM featuring the hottest new music and regular world class DJ guests. His new show on Frisky radio continues in that vein delivering the best new music around.

As a promoter Steve has had much success. Firstly with his legendary ‘Alderaan’ nights which ran from '97 - 2001 in a room above the infamous Lemon Lounge helped to shape the very scene Liverpool has become known for. Steves attention to detail and crowd focused guest selections has built a solid and lasting reputation in his hometown and far beyond. His new project - Luna is shaping up to be just as influential and acts as a welcome antithesis to a scene in the stranglehold of corporate greed.

Steve Parry (DJ) has been mentioned in our news coverage

303 will celebrate NYE with Dave Seaman and Selador

Do you promote/manage Steve Parry (DJ)? Login to our free Promotion Centre to update these details.