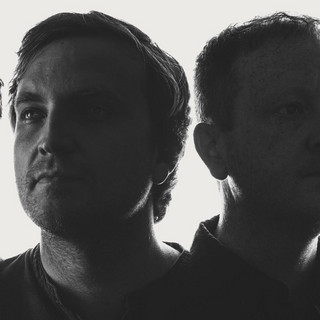 Get more information about Neighbourhood Weekender 2022 including festival tickets, news, reviews and lineups.

A rock quartet heralded on the release of their debut single, "Fever," in February 2001 as "Britain's best new band," Starsailor has continued the rich lineage of its predecessors such as Travis, Stereophonics and many others. Formed in Wigan, UK by music students James Walsh (vocals/guitar), James Stelfox (bass), and Ben Byrne (drums), the band went through several guitar-heavy embryonic lineups before the arrival of Barry Westhead (keyboards) cemented their sound.

Starsailor have announced their brand new album All This Life, set for both physical and digital release on September 1st via Cooking Vinyl.

‘Listen To Your Heart’ is the stellar opening track from the album. Lead singer & guitarist James Walsh describes it as, “an energetic, emotional song. I think in doing what we do, you have to be emotion and instinct lead. If every decision was sensible, practical and mulled over, we'd never have done anything or got anywhere. It’s not always easy, so you have to keep reminding yourself.”

Starsailor have also revealed their brand new single ‘All This Life’, the title track from their upcoming album. As James Walsh explains "'All This Life' came about quite quickly & effortlessly even down to the main lyric. I think that's why it has an upbeat fresh sound to it. It's about how easy it is to get weighed down with all the seriousness in life and how important it is finding joy and humour in people and things as much as you can even in small doses. 'There's no love without light'”.

Of the album and recording process, Walsh says; “Recording the album was an intense and rewarding experience and we're excited to get it out there. There's a good mix of the aspects of the band people know and love, and a few changes in direction.”

Their fifth studio album – and first since 2009 – All This Life finds Starsailor re-energised and on outstanding form. They played to an ecstatic crowd in a packed Big Top Stage at this year’s Isle Of Wight Festival and debuted a new track from the forthcoming album.

Starsailor has been mentioned in our news coverage

Here are the latest Starsailor mixes uploaded to Soundcloud.

Do you promote/manage Starsailor? Login to our free Promotion Centre to update these details.