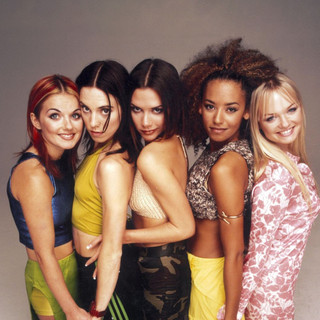 Spice Girls were an English girl group, formed in 1994 and primarily successful between the summer of 1996 and the fall of 2000. As a five-piece, the Spice Girls became the best selling and most successful girl group of all time, releasing two multi-platinum albums, "Spice" and "Spiceworld", scoring six consecutive UK #1 hits (9 #1 hits - including 2 double A-side singles -, one #2 hit and a Top 20 Comeback Single, in a total of 11 singles), and appearing in their own motion picture, video game, Pepsi, Polaroid and Impulse commercials as well as grossing millions of dollars in band merchandising alone. Estimated combined album sales are 65 million copies worldwide.

In May 1998, during the the "Spice World Tour," Geri 'Ginger Spice' Halliwell announced she was leaving the group."Viva Forever", released in July 1998, was the final UK #1 hit for Geri Halliwell with the Spice Girls (as of date). Subsequently, the Spice Girls went on as a quartet, releasing three UK #1 singles ('Goodbye,' 'Holler,' 'Let Love Lead the Way') without Halliwell from the platinum album, "Forever."

The brief 2007 reunion saw Halliwell return to the band. The "Greatest Hits" package included the new single "Headlines (Friendship Never Ends)", which only went to #11 in the UK Top 40. The only other Spice Girls single not to go to #1 in the UK was "Stop", which was held of the top spot by the Jason Nevins remix of Run DMC's "It's Like That". As of 2008 the Spice Girls have no plans to produce new material, although the five members are working together on the "Viva Forever" Project -- their West End, jukebox musical.

Spice Girls has been mentioned in our news coverage

Cheap Things to do in Liverpool

Below is a sample playlists for Spice Girls taken from spotify. 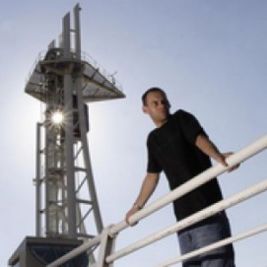 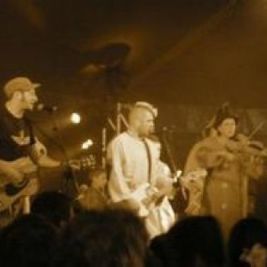 Do you promote/manage Spice Girls? Login to our free Promotion Centre to update these details.