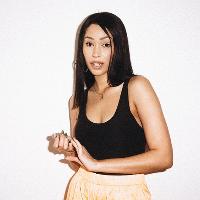 The last 12 months have seen Shy’s star ascending – she has secured a regular slot on BBC Radio 1Xtra and become the co-host of the rebooted iconic music show YO! MTV Raps. From April 2019 Shy can be heard doing the BBC Radio 1Xtra specialist show Monday-Thursday 11pm-1am.

Shy has also been travelling the globe to DJ for clients including Adidas, Topshop, River Island, G Star and had her own headline show in Hong Kong. Prior to 1Xtra, her interviews with artists like AJ Tracey, Stefflon Don, Rich The Kid, Kurupt FM and Big Shaq racked up millions of views on YouTube.

Snoochie Shy has been mentioned in our news coverage

Do you promote/manage Snoochie Shy? Login to our free Promotion Centre to update these details.