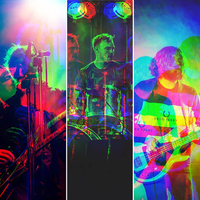 SIRACUSE release their debut album ‘FOREVER’ independently. Recorded mixed and mastered at Tower Studios Pershore By music maestro Dave Draper. The album is a collection of Siracuse’s best work to date, following on from 2017’s ‘Control’ EP which gained support from John Kennedy’s Xposure show on Radio X and the debut single ‘Become Lights’ in 2016. FOREVER is set to shift up through the gears, driving reverberated guitars, big drums and distorted bass lines. Lead single ‘Lost Fiction’ off the album will be the first to be set off as a stand alone single with accompanying video. FOREVER is full of swirling, deep echoes and lyrics representing ‘escapism’ and ‘hope’. Influenced by Shoegaze and heavy use of guitar pedals, it’s atmospheric, dreamlike, but all indie! (Source:Spotify)

Siracuse hasn't been mentioned in our news coverage

Below is a sample playlists for Siracuse taken from spotify.

Do you promote/manage Siracuse? Login to our free Promotion Centre to update these details.