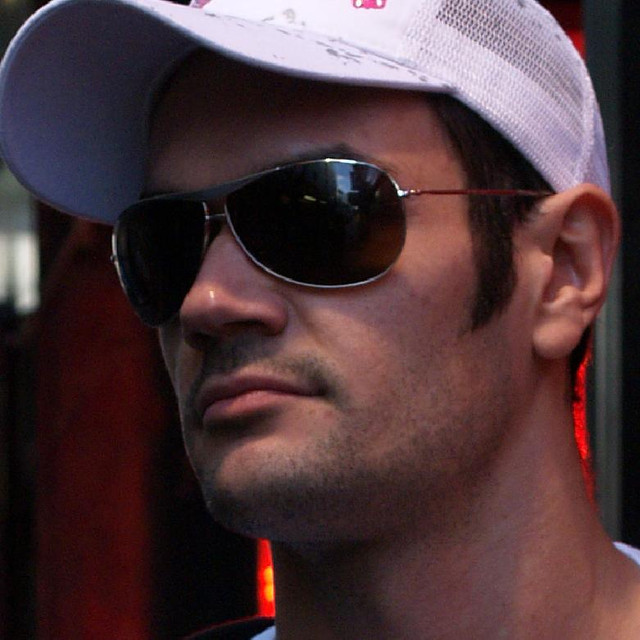 A compelling force in drum and bass for over twenty years, debuting with ‘Predator’ on Ram Records in 1994, Shimon soon joined forces with label owner, Andy C to produce what is arguably one of the most popular drum and bass 12”s of all time: ‘Quest’ with ‘Nightflight’ on the flip. Shimon quickly cemented his place as an indispensable member of the Ram Records crew, producing independently, with Andy C as well as with Ant Miles, under the legendary and seemingly unstoppable Ram Trilogy moniker. Ram Trilogy were seemingly unstoppable, charting regularly with their Chapter series, ‘Chapter Five’ and ‘Chapter Six’ reaching #30 and #60 respectively.

These achievements were soon eclipsed by a single that will remain one of the most successful and dividing drum & bass tracks in existence, Shimon & Andy C’s ‘Body Rock’. That which cannot be debated is the swing beat record’s overwhelming success: ‘Body Rock’ reached the monumental heights of #28 in the UK singles chart, and according to some reports received the rewind-treatment 17 times in one Fabric session.

Ram Trilogy unleashed a wave of certified classics, including ‘Screamer’ and ‘Titan’, the latter of which was nominated for various industry awards, including Knowledge Magazine’s coveted Best Tune of the Year in 2004. Individually, productions such as ‘Hush Hush’ along with Shimon’s mix on Ram Records’ beloved ‘Ram Raiders’ compilation were released to much acclaim. ‘The Shadow Knows’ EP (2006) was to be Shimon’s last release on Ram Records and became one of the top-selling EPs of all time on Drum & Bass Arena. With a desire to create something original and different, Shimon launched his own imprint, Audioporn Records in 2007 with a slew of collaborations with the likes of Matrix on ‘Slipstream’ and ‘The Smoker’ with fellow Ram Records alumni, Sparfunk. Shimon quickly established his reputation for having an ‘ear for talent’ by recruiting artists such as Dirtyphonics, Camo & Krooked, Xilent, Hybrid Minds, Fourward, Dub Fx, Benny L and James Marvel in to the Audioporn fold.

Shimon has been mentioned in our news coverage

Here are the latest Shimon mixes uploaded to Soundcloud.

Do you promote/manage Shimon? Login to our free Promotion Centre to update these details.