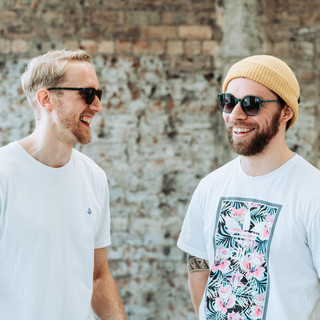 Northumbria Institute in Newcastle Upon Tyne

It's Our Funkin Birthday!

The Mill in Walsden

Since forming in 2012, Jamie & Marty have already shared the stage with heavyweights such as George Clinton & Parliament Funkadelic, The Jacksons, DJ Jazzy Jeff, Chali 2na of Jurassic 5, Craig Charles, Joey Negro, Mr Scruff & The Reflex and have an impressive number of gigs and performances behind them.

As well as their residencies in Glasgow & Edinburgh, the boys have played clubs from Athens to Amsterdam with regular festival appearances up and down the UK. Add Canadian & European tours to this and you get a picture of how the ‘SLY' boys are spreading their funky sound internationally.

Complementing their live show, ‘SLY' are regularly releasing their own music and videos. 2016 got off to a flying start with Craig Charles championing their funk-infused track Soul On Fire for his 'What's big in 2016' show on BBC 6 Music. This track also attracted the attention of Mixmag, which gave it a solid 8/10 review. Their first EP, released in 2013 hit the top spot on Juno download and their second, a heavily disco influenced affair, also climbed the nu-disco charts to No.1, gaining support along the way from the likes of Greg Wilson, Craig Charles and Dr. Packer. 2017 saw another EP and yet more label releases with an ever growing base of tastemakers and fans alike.

Not content with all that, at the end of 2017 the boys decided to expand their live show to include a vocalist and sax player. With a busy gigging schedule and their debut album on the way, 2018 is set to be another big year for Shaka Loves You.

Shaka Loves You has been mentioned in our news coverage

Here are the latest Shaka Loves You mixes uploaded to Soundcloud.