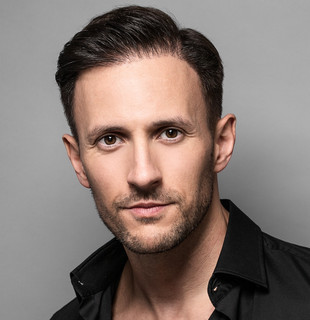 All Liverpool Venues in Liverpool

Sean Smith is a British singer who has been a performer since the age of 7, appearing alongside Marti Webb in the hit musical â€˜Evitaâ€™, and Brian Blessed in â€˜The Wizard of Ozâ€™. Sean has performed in several pantomimes, including leading performances alongside Anita Dobson, Danny La Rue, Stephen Mulhern, Natasha Hamilton, and Lorraine Chase. He also had starring roles in tours of â€˜Dancing Queenâ€™, â€˜Spirit of Broadwayâ€™, â€˜Elvis-The King of Rock â€˜n Rollâ€™ and â€˜Thatâ€™s Entertainmentâ€™.

Sean was one half of â€˜Same Differenceâ€™, who entered the fourth season of the UK reality TV show â€˜The X Factorâ€™, and were mentored by music mogul â€˜Simon Cowellâ€™. They reached the final, eventually finishing third out of 250,000 applicants.

Following the X Factor tour, Same Difference went on to sign an album deal with Simon Cowellâ€™s label, Syco. Their debut single â€˜We R Oneâ€™ shot into the â€˜Top 20â€™, and was followed by the album â€˜POPâ€™, which has so far sold more than 220,000 copies, and been certified Gold in the UK.

After departing company with Syco, Same Difference released their second studio album â€˜The Rest Is Historyâ€™ to rave reviews, with leading track â€˜Shine on Foreverâ€™ reaching #8 on the â€˜UK Dance chartâ€™; and the album hitting number #9 on the independent album chart, and #10 on the iTunes UK pop chart. To date, Same Differenceâ€™s record sales have amassed more than 300,000 units.

Sean signed to Energise records as a solo artist, and released his debut solo single â€˜Turn Me Onâ€™ in September 2016. The single became the labels fastest selling physical single, and the music video amassed over 26,000 views in its first 3 weeks of release. The remix EP reached #15 on the UK iTunes dance chart.

Sean Smith has been mentioned in our news coverage

Below is a sample playlists for Sean Smith taken from spotify.

Do you promote/manage Sean Smith? Login to our free Promotion Centre to update these details.