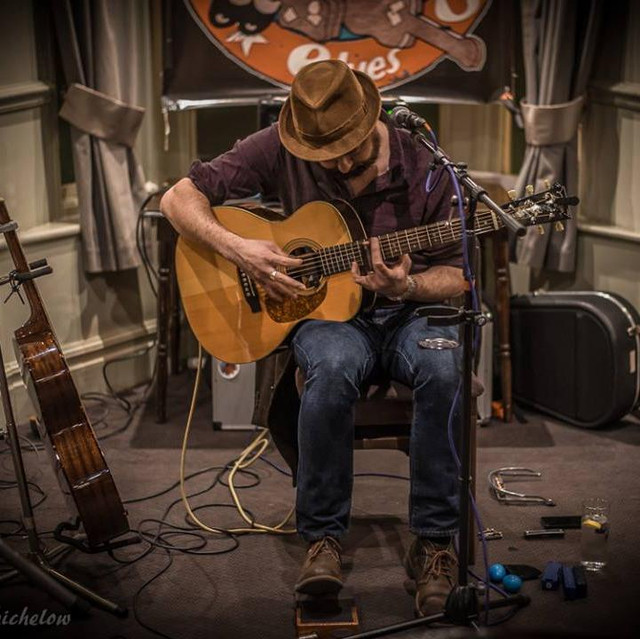 Yorkshire based musician and performing artist Scott Wainwright has been a regular feature on his local music scene for the last ten years, offering audiences an energetic and eclectic take on blues, folk and gospel music. After years of playing guitar in numerous bands, Scott decided to forge his way forward as a solo artist.

He has released numerous albums; EP’s and singles over the years, which have ranged in style from ‘Electric Blues and Hip Hop’ fusions (Every Man Has His Critics) to solo instrumental guitar workouts (What We Cannot Hold). In between these releases there have been regular bouts of ‘Lo-Fi’ folk (All That Glitters is Not Gold) and the odd dabbling as a singer songwriter (Whisper’s from a Kind River), though for now, our hero seems to have settled on the acoustic blues (Bric A Brac Blues) side of things. All of his albums evoke a wide range of emotions and feelings from his listeners, ranging from joy to anger, whilst taking in euphoria and rage along the way.

Scott Wainwright hasn't been mentioned in our news coverage

Below is a sample playlists for Scott Wainwright taken from spotify.

Do you promote/manage Scott Wainwright? Login to our free Promotion Centre to update these details.