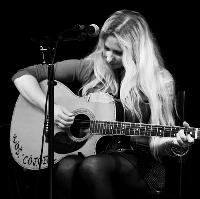 An Americana/country music singer songwriter known for her Bob Dylan musical tributes and also for hosting 'The Happening' Bristol events with her musician husband Elliot Hall. Sarah began her songwriting career in the 1980's, performing at The Bristol Hippodrome in 1989 as a teenager. She is influenced by her 'parents music, the music I was brought up with' ie Bob Dylan, Joni Mitchell, Jackson Browne and Fleetwood Mac, and is frequently compared to Stevie Nicks.

Sarah Larkham hasn't been mentioned in our news coverage