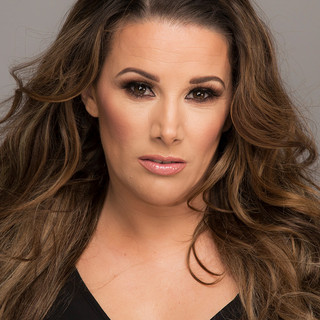 Sam Bailey is a 36-year-old former prison officer from Leicester, United Kingdom. She won the tenth series of The X Factor in 2013. Bailey has gained the nickname 'screwbo', a portmanteau of 'screw' - the name given to prison wardens - and 'SuBo', due to her audition being reminiscent of that of Susan Boyle's Britain's Got Talent audition.

Bailey sang "Listen" in her room audition and "Who's Loving You" in the arena. She sang "Clown" at bootcamp, and "I Have Nothing" and "Without You" at judges' houses.

Following the eliminations of Lorna Simpson in week 1 and Shelley Smith in week 2, Bailey became the last over 25 left in the competition. On 8 December, she made it to the final, becoming the first female over 25s contestant to achieve this feat, along with Nicholas McDonald and Luke Friend. On 14 December, she duetted with X Factor judge Scherzinger and was later announced as the winner singing Skyscraper by Demi Lovato. The following day, she became the first "Over" to win the competition since Steve Brookstein did so in 2004. Read more on Last.fm. User-contributed text is available under the Creative Commons By-SA License; additional terms may apply.

Sam Bailey has been mentioned in our news coverage

Below is a sample playlists for Sam Bailey taken from spotify.

Do you promote/manage Sam Bailey? Login to our free Promotion Centre to update these details.