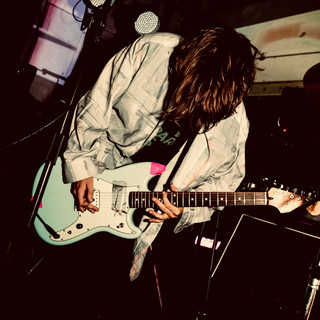 Sam Avery wanted to be a rock star. It nearly happened.

Despite being signed up by BMG Records at the age of 17 (he had to resign from his beloved paper round), and subsequent tours with Motorhead and Ice T, the story soon took a familiar turn. Contracts were anulled, money was stolen and before he knew it he was back at the paper shop asking for his fluorescent bag back. He had crap hair anyway.

Subsequent jobs (including a brief stint as a stockbroker) failed to excite him the way the smell of sweat and snakebite had and it wasn't long before he turned to stand-up.

Friendly and enthusiastic, his observational style instantly puts audiences at ease allowing him to regale them with his tales of everyday life.

Sam has gained a reputation for being able to spark the dullest of rooms into life with his warm, infectious humour and quick wit which makes him ideal as either an act or compere.

Sam Avery hasn't been mentioned in our news coverage

Below is a sample playlists for Sam Avery taken from spotify.

Do you promote/manage Sam Avery? Login to our free Promotion Centre to update these details.