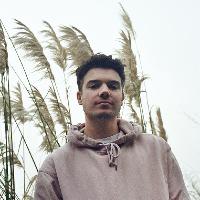 Danny Hall, AKA Sahara Snow is probably better known from his days as part of the band Little Giants. Unfortunately the band have now split, and gone their own ways as artists. Sahara Snow is Danny's new project and he has already been getting noticed. He was spotted by Phil Taggart at BBC Introducing in 2018, and Danny's unreleased singled 'State to State' was played on his show after leaving them a demo copy.

Sahara Snow hasn't been mentioned in our news coverage

Do you promote/manage Sahara Snow? Login to our free Promotion Centre to update these details.