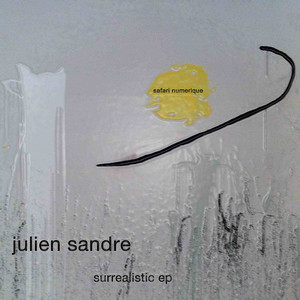 Growing up with funk music stemming back into a childhood in Nice, France, Robin found himself in London in 2007 drawn deeper into the underground house scene. It was in east London he began exercising his love for solid, bouncy house, inspired by the french house scene of the 90's, bringing in electronic music influence together with deeper minimal german sounds.

2009 took a sharp turn for Ordell, gaining gigs at infamous clubs such as Fabric & TBar sparking a noticeable and deserved progression as an upcoming artist. At the same time Half Baked was formed, an East London’s legendary underground Sunday party where Robin Ordell become a solid resident artist. Half Baked has reached phenomenal success where Robin has played alongside Seuil, Craig Richards, Cassy, Thomas Melchior, Mayaan Nidam, Guy Gerber, Le Loup & Mike Shannon amongst many others.

Freshly signed on EKLO Records with his solo release Monopolar, a EP release in collaborations with some of electronic music’s most talked about upcoming producers, Ordell have also appeared on labels such as Leftroom, Remake Music & Safari Numerique.

Robin Ordell completes Half Baked Records first EP release featuring tracks from Seuil, Le Loup & Yakine with a raw piece of music, where Ordell presents trippy pads and jazzy shakers which seamlessly guide you to the breakdown where melancholic jazz piano chords fall down and make you drift away until the finish line.

Robin Ordell has been mentioned in our news coverage

Below is a sample playlists for Robin Ordell taken from spotify.

Do you promote/manage Robin Ordell? Login to our free Promotion Centre to update these details.