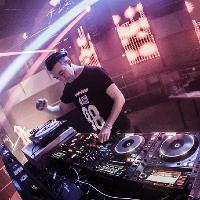 Ricky Isted has been at the forefront of the UK Classic House Music scene for the past decade. Growing up in Manchester to the soundtrack of countless mix tapes by far too many DJ’s to mention from the legendary & now iconic Hacienda nightclub surely made its mark on him & provided the inspiration to start buying the records that would eventually shape his own distinctive sound as a DJ in years to come.

Fast forward to 2006 & it was then that he got his big break after being talent spotted by DJ Paul Taylor, head honcho at the UK’s number 1 club classics event - Retro. Ricky made his Retro debut in December that year playing an Old School House set in front of 4000 people at the mighty Club Tall Trees in Yarm & has never looked back since, going on to become a resident DJ for the brand notably the longest serving dance music event in the UK & key member of the Retro team, a role that has seen him plying his skills at some of the most famous house music institutions in the world such as Pacha Ibiza, Sankeys Manchester & Gatecrasher to name but a few & alongside some stellar names in the business including Roger Sanchez, Danny Rampling, Judge Jules, Todd Terry, Allister Whitehead, Jeremy Healy, Graeme Park & K Klass.

Ricky Isted has been mentioned in our news coverage

Coming up at gorilla including easter weekend