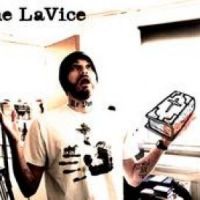 www.renelavice.com One of Toronto's best kept secrets is the man they call RENE LAVICE.

Having cut his teeth in the production game via the world of hip hop, Vice's longtime adoration of soulful and jazzy drum'n'bass is quite evident in his past releases such as his debut release "the Future EP". However he quickly proved himself to be one of Toronto's most diverse artists by releasing everything from electro fused 2 step such as the hit single "Save me" (stride) to hard hitting amens such as "In Limbo" (DNA)

Rene LaVice has been mentioned in our news coverage

Kings Of The Rollers : Live in Amsterdam 1st June 2019

Bass music dons in line for MADE festival

Here are the latest Rene LaVice mixes uploaded to Soundcloud.

Do you promote/manage Rene LaVice? Login to our free Promotion Centre to update these details.