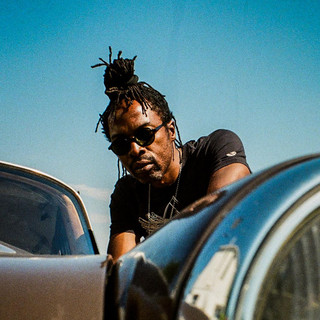 Ras Kwame is a British musician, record producer, radio DJ and presenter. He started in the music industry as a club DJ playing hip hop, R&B and reggae in the early 1990s. He then moved on to promoting for Kiss100's groundbreaking Starlight Club night and the Mean Fiddler’s Subterranea Club, bringing over talent from the US and promoting local talent. The Subterranea gigs saw Kwame take control of the turntables for artists such as Gang Starr, Public Enemy, Wu Tang Clan, London Posse and the Fugees. During that time, Ras also undertook remix work for Chanté Moore, George McCrae and The 49ers.

Kwame founded West London’s Sugar Shack record shop in 1993 and from 1994-2000 he had formed Baby Shack Recordings and his UK garage production outfit M-Dubs. As a garage producer, Kwame made several innovative underground club anthems for the flourishing UKG scene, such as ‘Over Here’ featuring Ritchie Dan, ‘Bump and Grind’ featuring Lady Saw and the underground smash ‘Body Killin’ by The Vincent Alvis Project. In 2001, Kwame launched the International Rude Bwoy Recordings operation, the label maintains a UK black music output with a variety of styles ranging from hip hop to garage.

Ras Kwame joined BBC Radio 1Xtra at launch in 2002 with the 100% Homegrown show every Sunday evening. The show was dedicated to the sound of UK black music and provided a live platform for talent and gave major support to new acts like Lethal B, Skinnyman and Estelle.

In 2004 Kwame won Best Radio DJ at the Urban Music Awards and started a new music show called Showtime with Ras Kwame on Channel U.

In February 2005, Kwame was brought into BBC Radio 1 to host one of the three OneMusic shows every Sunday Morning 5am - 7am that succeeded the John Peel slot. The other OneMusic hosts were Rob da Bank and Huw Stephens. It was later announced that Ras is leaving Radio 1 and 1Xtra as part of schedule changes in January 2011.[1] He now has a show on Capital Xtra Mondays to Fridays midnight-3am.

He regularly judges both Open Mic UK and Live and Unsigned.

Ras Kwame has been mentioned in our news coverage

Here are the latest Ras Kwame mixes uploaded to Soundcloud.

Do you promote/manage Ras Kwame? Login to our free Promotion Centre to update these details.