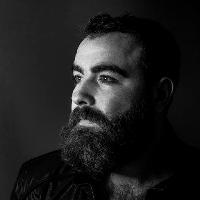 P.WE is a Tech-House and House DJ/Producer from Manchester, who is also the Head Honcho of club night Kinky Fruit, which hosts regular Tech-House events across Manchester.

He has recently returned to Manchester after a 6-year stint in Shanghai which saw him DJ and put on events in an array of underground night spots such as The Mansion, Celia, Lune, Dada, C’s and Logo, as well as at festivals such as MIDI festival, the International Youth Festival and most recently Yin Yang Festival which was held on The Great Wall of China.

Since returning to Manchester he has been honing his sound inside the studio as well as DJing at numerous events. His music style is heavily influenced by House icons Marshall Jefferson and Kerri Chandler, as well as Tech-House heavyweights from more recent times such as Sidney Charles, Cuartero and Jacky.

He is currently working on a lot of exciting projects and collaborations for 2019 and continuing to put the hours in the studio in order to develop his sound into a mainstay of the scene.

P.WE hasn't been mentioned in our news coverage

Here are the latest P.WE mixes uploaded to Soundcloud.

Do you promote/manage P.WE? Login to our free Promotion Centre to update these details.