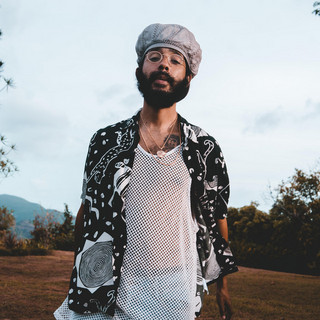 Oje Ken Ollivierre popularly known as Protoje, is a contemporary reggae singer and songwriter from Saint Elizabeth, Jamaica. His mother is Jamaican singer, Lorna Bennett and his father is a former Calypso king.

In 2010, Protoje began working with his cousin and popular Jamaican producer Don Corleon. After releasing "Dread", "JA" and "Roll" in 2010, Protoje's debut album, entitled The Seven Year Itch, was released in 2011. The first single off the album dubbed "Arguments" (2009) was responsible for his early popularity in Jamaica. In 2011, he released another single off the album entitled "Rasta Love" featuring Ky-Mani Marley.

His second album, The 8 Year Affair, was released in 2013. "Who Dem A Program" was the first single released from the album followed by "This Is Not A Marijuana Song". "Kingston Be Wise" was heavily promoted via traditional and social media. Protoje cited reggae artist Ini Kamoze and group Black Uhuru as influences when recording the album.

His third album Ancient Future is set for release in September 2014 Read more on Last.fm. User-contributed text is available under the Creative Commons By-SA License; additional terms may apply.

Protoje has been mentioned in our news coverage

Here are the latest Protoje mixes uploaded to Soundcloud.

Do you promote/manage Protoje? Login to our free Promotion Centre to update these details.