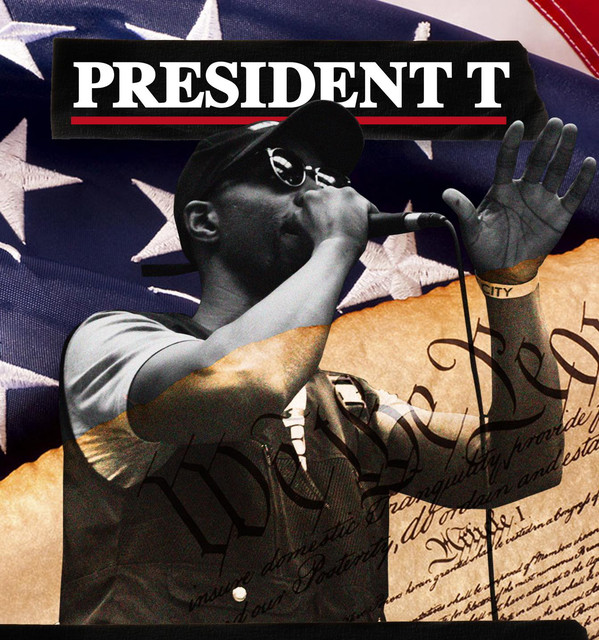 President T is a talented UK MC with a cult following and a truly singular and impactful style. Often called your favourite MC’s favourite MC for his quality verses, he is an immediately recognisable voice in the grime world who makes a real impact and has an ever growing fan base. In the past, he has been a key part of the celebrated North London Meridian crew alongside big names like JME and Skepta. As well as that, President T has also spawned his own collective, Bloodline, with peers and fellow talents Milli Major & Meridian Dan, Big H, Bossman Birdie and Paper Pabz all involved.

But it was his iconic first album, entitled Back Inna My Face, back in 2007 that really announced his arrival on the grime scene, and in 2015 he followed it up the only way he knows how, with top singles like ‘Don’t Give a Monkeys’, ‘KILL OFF KILLY’ and ‘Don’t Care Bout the law’ as well as what proved to be a much loved remake of Drake & Future’s ‘Digital Dash.’ After something of a hiatus, he now has an even keener and more loyal following and is now back where he belongs, dropping rhymes and pleasing crowds everywhere. His hotly anticipated third album, to be called Stranger Returns, is on the way, and his nationwide Greatest To Ever Touch Down Tour got plenty of people hot under the collar, meaning 2016 is sure to be another great year for this star grime artist.

President T has been mentioned in our news coverage

When sport and music collide: the good, the bad and the damn right ugly

Here are the latest President T mixes uploaded to Soundcloud.

Do you promote/manage President T? Login to our free Promotion Centre to update these details.