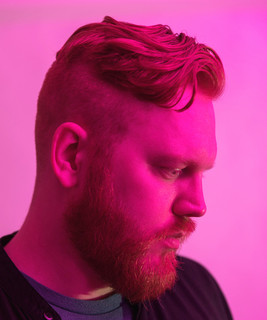 Philth is a force on the charge. A dedicated specialist in a range of styles and techniques, he is able to bring personality and individualism to both his DJing and production. His wide range of releases, across a number of labels, has allowed him to gain a unique insight into the game, and coupled with his musical influences and abilities, this is one force which will not be dissipated.

Philth was raised in North London, and now makes his home over in West London, where his music and life are influenced by music, both electronic and soundtrack-based, as well as his love of films and food. He traces his direct musical lineages back to figures like Ed Rush and Optical, Bad Company and Goldie, and his love of 90s techstep is reflected is his own work, which is known for its bold sonic statements and resolute, resounding basslines. But Philth is not only about the harder side of our sound, he goes deeper, drawing out the soul in the harsh, urban soundscapes he creates.

His music has made its way to some of the leading labels in drum & bass today, including Dispatch, Playaz, Peer Pressure, Flexout, AutomAte and Soul Deep, and support from DJ’s such as Bailey, Hype, Ant TC1, S.P.Y, Doc Scott, DLR, Crissy Criss, London Elektricity, Kasra, Calyx & Teebee, Krust and many more shows the diversity and undoubted dancefloor appeal of his music. Despite his prolific work-rate, Philth has, and continues to make music that exhibits identity and longevity, music that becomes a part of the listeners lives as much as it has been a part of his.

“I want to make music that tells a story, music with strong emotional content. Even if the end result is a pummelling wall of bass, the intro still needs to have some soul, music with enough depth to stand the test of time.”

Philth has been mentioned in our news coverage

Here are the latest Philth mixes uploaded to Soundcloud.

Do you promote/manage Philth? Login to our free Promotion Centre to update these details.