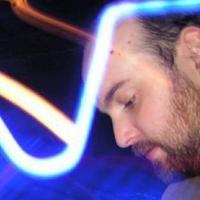 Resident at Chibuku Shake Shake during the years it took their first baby steps from the now sadly defunct Lemon Lounge to the Masque (alive and kicking still under the name East Village Arts Club), Charnock epitomised the eclectic mayhem of the club at the time.

Veering between wonky disco, shuffling broken beats and hip snapping funk with deft ease, Charnock's DJ sets characterised the genesis of a club which would go onto define the new era of a magpie approach in clubland, raiding every genre under the sun for a hoe-down week after week.

Phil has DJ'd for some of the UK's best club nights including Chibuku, Back to Basics and Electric Soul... he's played alongside Gilles Peterson, Mr Scruff, Benji B, 2 Many DJs, De la Soul, Jazzy Jeff, B Traits, Bonobo, Jazzanova, the Unabombers, Alice Russell and loads more.

Phil Charnock has been mentioned in our news coverage

Chibuku and Wall of Sound: Saturday May 19th

Here are the latest Phil Charnock mixes uploaded to Soundcloud.

Do you promote/manage Phil Charnock? Login to our free Promotion Centre to update these details.