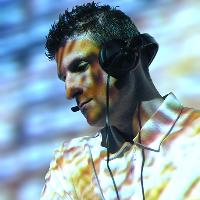 Peshay real name Paul Pesce began djing in 1987. His first break came in '92 at a rave called Genisis and around the same time he also got into production. Within the year he met Goldie, who showed great interest in Peshay's production skills, that resulted in a release on Reinforced: "The Protégé E.P" named by Goldie himself. This was followed by "World of Music" on J.Majik's Infra-Red label and then a collaboration with LTJ Bukem entitled "19.5" on Good Looking Records and the ground breaking "Vocal Tune" and "Piano Tune" also released on Good Looking Records. Then came "Psychosis" (METH002) his first release on Metalheadz and the second release in Metalheadz history. After his recent success "Miles from Home" we now eagerly await his debut album to be released shortly.

Peshay has been mentioned in our news coverage

Alan Fitzpatrick Interview: London is great for me

Enzo Siragusa Interview: I always choose sound above everything

Here are the latest Peshay mixes uploaded to Soundcloud.