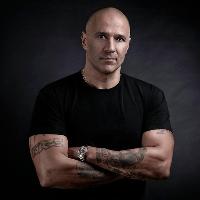 DJ Paul Elstak, born in The Hague on 14 January 1966, is a famous Dutch Hardcore and Happy Hardcore DJ and producer.

. In 1987 his career as a hip-hop DJ when he was hired as a resident DJ in nightclub Blue Farm-Inn in Rotterdam began Here he turned to the Dutch House pioneer Peter Slaghuis. During this time he also met Rob and Richard Fabrie of Names with whom he began the Holy Noise group. With Holy Noise, he had a series of releases on the Hithouse record label (the label of Peter Slaghuis). In 1991 Holy Noise had their biggest success with the song "James Brown is still alive '. The song was a response to the then-popular album "James Brown is Dead" by LA Style. After Holy Noise Paul's Forze DJ Team was established, with whom he formed a trio with DJ Panic and DJ Lars. Paul's Apparel Forze "with the famous 'Wanna Play' bear was at this time very popular among the gabbers.

Paul Elstak has been mentioned in our news coverage

The Road to Trance with Sneijder

Here are the latest Paul Elstak mixes uploaded to Soundcloud.

Do you promote/manage Paul Elstak? Login to our free Promotion Centre to update these details.