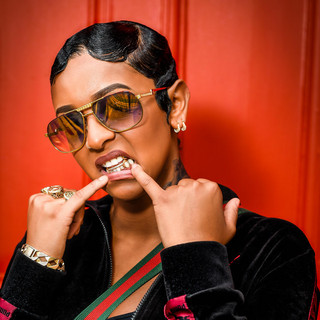 Paige Meade (born January 18, 1993) better known by her stage name Paigey Cakey is a British MC, singer and actress, from Hackney, London.[2] In an interview with the MOBOs she revealed that "Cakey" was a childhood nickname, that referred to her perceived wealth.[3] She released her first mixtape in 2012 entitled The First Page.[4][5] Her third mixtape The Right Paige featured Yungen, Young Spray, Sneakbo, Stormzy, Chip, Snap Capone, Colours and Dubz.[6] She released an EP entitled 'Red' in early 2016 and 'Red Velvet' a mixtape which she released as a Christmas Gift to her fans on December 25, 2016.

Some of Paigey's hit songs are Boogie, Nana (featuring Geko) and Down

Paigey Cakey has been mentioned in our news coverage

Five of the best female emcees on the scene

Below is a sample playlists for Paigey Cakey taken from spotify.

Do you promote/manage Paigey Cakey? Login to our free Promotion Centre to update these details.