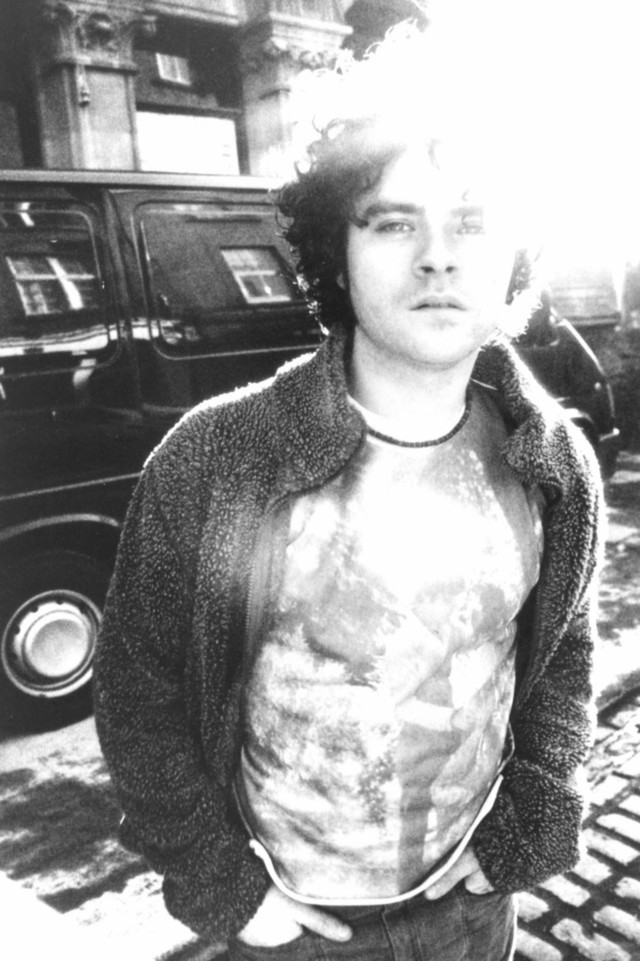 Patrick "Paddy" Casey is an Irish singer-songwriter from Dublin.

Paddy Casey’s music is appealing to a wide audience. His debut album was one rich in soulful grooves and catchy hooks. The album opened loudly with the rousing Fear, and ended with the angry and despondent It’s Over Now, while exploring themes of loneliness, loss, love and social problems facing the young generation along the way. Paddy lists influences such as Bob Marley, Nina Simone, Aretha Franklin, Marvin Gaye and Stevie Wonder in his work, and this influence shines in songs like the memorable Downtown, and the haunting Would U B. His sophomore effort, Living, saw Casey returning to the themes of solitude and isolation with songs such as Don’t Need Anyone, Want It Can’t Have It and the poignant Anyone That’s Yet To Come. But this time, there was a greater sense of urgency in his voice, as the singer sought redemption through discovering hidden beauty in the people around him, in songs like Miracle and The Lucky One, and offered counsel in the stirring Saints And Sinners.

He released his first album Amen (So Be It) in 1999. This album was produced by Pat Donne and was certified double platinum. Casey himself played a range of different instruments in the short time spent recording it, and the track Winter's Fire featured Mundy as a guest guitarist. The album saw Casey rise to prominence as a gifted and intensely focused singer songwriter, capable of master strokes like Sweet Suburban Sky, Rainwater, and Fear. The album also contained the breezy and wistful single Whatever Gets You True and the anthemic It's Over Now. Sweet Suburban Sky also surfaced the following year on the soundtrack to the award winning US TV teen drama Dawson's Creek. Paddy received nominations for Best Irish Songwriter and Best Male Singer at the prestigious Hot Press Awards. Hot Press readers themselves voted the album Best Debut Album, as well as voting Paddy the year’s Most Promising Act and nominating him in seven other end of the year categories. Intense touring saw Casey providing support to artists like R.E.M., Ian Brown, Ani DiFranco and The Pretenders.

Casey returned in 2003 with the hugely successful multi-platinum album, Living. The release of Living restored Casey as one of the masters of his trade, taking his place among the songwriting elite who had stolen his crown in the time he waited before following up Amen (So Be It). Living was produced by Fred De Faye, Paddy Casey and Pat Donne. It spawned the Irish chart hits Saints and Sinners, The Lucky One (in 2003) Bend Down Low and Want It Can't Have It (in 2004). A critical success, Living made an immediate impact and spent the majority of the year in the top ten, finally climbing to the top of the charts 21 weeks after it's initial release. 2004 proved to be a memorable year for Casey, winning his first of two consecutive Meteor Irish Music Awards for Best Irish Male. He also garnered rave reviews for a blistering performance at that years Oxegen Festival. 2004 saw Living confirmed as the highest selling Irish album of the year, even eclipsing U2's How To Dismantle An Atomic Bomb. Public demand was met with an incredible week long residency at the Olympia Theatre. The year ended with another sold out performance at Dublin's RDS.

In 2005, Casey headlined a sell-out concert at the Heineken Green Energy Festival and also supported U2 on their sell-out Vertigo tour, performing in Ireland, Scotland, and Norway.

He is a personal friend of fellow Irish singer-songwriter Declan O'Rourke, who played guitar in Casey's band before his own solo career took off upon the release of his album Since Kyabram.

Paddy Casey has been mentioned in our news coverage

Here are the latest Paddy Casey mixes uploaded to Soundcloud.

Do you promote/manage Paddy Casey? Login to our free Promotion Centre to update these details.