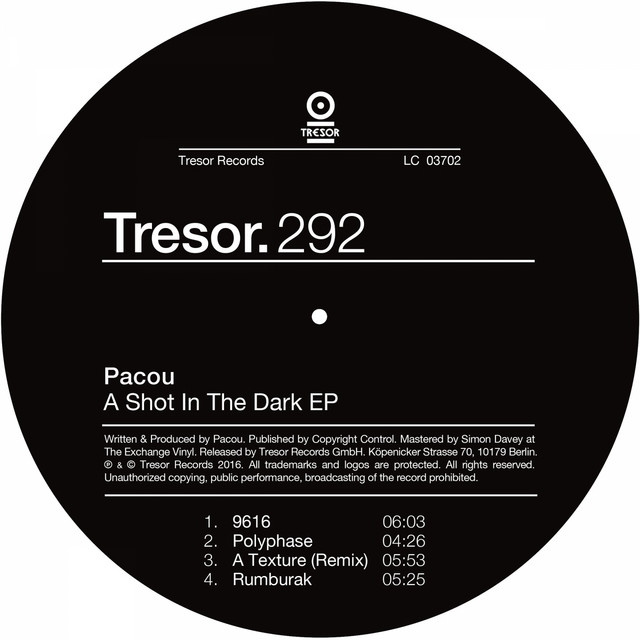 Pacou is a German techno writer and producer who has released music through the underground label Tresor, as well as his own ventures LL Records and Cache records. He has also created music under the name Agent Cooper. Pacou began creating music in 1993 when he first purchased his own equipment and became a regular DJ at the Tresor club in Berlin. He has since played sets all over the world, concentrating mainly in Europe, Australia and Japan. He has released four full length albums and various singles and remixes. He still lives in Berlin.

pacou has been mentioned in our news coverage

Below is a sample playlists for pacou taken from spotify.

Do you promote/manage pacou? Login to our free Promotion Centre to update these details.