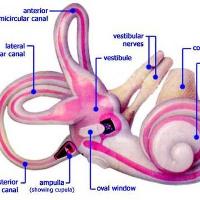 Dublin born DJ and producer Peadar Ó Brádaigh, AKA P-Hocto, had been circling the Irish electronic scene for a number of years but is now to be found across the pond in London city. A vinyl fanatic, Peadar separates himself from the masses by playing a killer selection of new and old tracks across the various styles of techno, electro and bass heavy music that most appeal to him. Dark and deep, weird and wonky, glitched out and sublime or simply pounding, one thing is for sure, you won’t find any filler here.

While very comfortable in a headliner position, Peadar has also supported some big names in the underground Techno and Bass circuits, both at home and abroad. Artists like: Neil Landstrumm, Paul Birken, Ancient Methods, Lakker, King Cannibal, Jerome Hill, Luke's Anger, Sunil Sharpe, Dave the Drummer, Kanji Kinetic, PET Duo, Eomac, Fran Hartnett, Rory St. John, Giles Armstrong, Systemic, Michaelangelo and Swarm Intelligence to name but a few. Having just completed a degree in Sonic Arts at Brunel University, he is now refocusing himself on his own productions once again.

P-Hocto hasn't been mentioned in our news coverage

Here are the latest P-Hocto mixes uploaded to Soundcloud.

Do you promote/manage P-Hocto? Login to our free Promotion Centre to update these details.